The Times of My Life – a Letter to a Friend 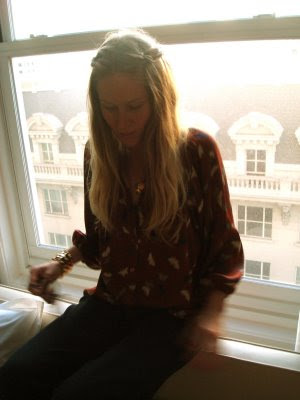 ,
Thank you for your lengthy message on Facebook, a response to my review of Dominic Sandbrook’s Season’s in the Sun: The Battle for , 1974- follow up to the comments you made here.  Before I proceed I would urge you to read this book, the basis, I feel sure, for future exchanges.
But you are going abroad.  It’s a big book.  You may not have the time or the inclination to read it all.  If so, please just borrow it from the library.  Go straight to Chapter 31, that headed Rats on the Town.  Once you’ve read it I would ask you to address yourself to one simple question: do you really, really think things are just as bad now?
Anyway, as I said to in response to your comment here, there is no fundamental disagreement between us.  All the faults that you can see I can see also.  My goodness, I’ve written about them often enough; I’ve written about our indebtedness, I’ve written about the awfulness of state education, I’ve written about a judiciary corrupted by alien legislation and alien concepts of law, I’ve written about the problem of mass immigration, I’ve written about the corrosive and malign effects of political correctness, I’ve written about the moral abasement of welfare, I’ve written about a lot more besides.  It would simply be too wearisome, and burdensome, to point you in the direction of all of the relevant articles.
But these are my green and salad days; this is my life, this is my time; I do not and cannot live by politics and cultural despair alone, much as I admire the work of Oswald Spengler.  Like my parents then, there is a whole different dimension to my life now, personal things which I do not write about by and large on a blog that is chiefly about politics and literature.  Yes, I can see storms ahead, but, unlike so many others, I have ways out.  I’m more or less determined to leave if Labour returns to office and Ed Miliband becomes Prime Minister, which I believe will mark a fresh low for our nation (not my emigration but that moron in high office!)

Sandbrook’s account, though he deals with culture, focuses principally on politics, and the politics of the mid-1970s seem to me to be absolutely dire, yes, in so many ways far worse than they are today.  The incompetence of the Labour administration of the time seems stunning, even more stunning than the incompetence of our present Coalition.
Here was a government captive to union power in the way that no government, not even that of Blair and Brown, has been since.  Here was a government that presided over unprecedented levels of inflation, stagnation and decline.  Here was a government that, in its cap-in-hand approach to the International Monetary Fund, took this country to the most shameful depths in its history.  How are the mighty fallen, not even in the midst of barrel.
You clearly have a longer perspective in history than I do; you can make comparisons that I can’t, though I can’t place you exactly.  You say that the 1970s was the time just before you and your friends arrived.  Is this a reference to age, or to a change of location?  Forgive me, but I assumed you were older.  Are you, like me, a child of the 80s?
I grew up in a time of flux and transition, we all did, all of us who were born then.  Time accelerates. I don’t suppose there was really that much difference between the of, say, 1920 and that of 1940.  But then we moved gradually into hyper speed.
You are right - the of the late 1930s is wholly different from the of the late 1970s.  The old certainties had gone; the old sense of cohesion, cultural and ethnic, was going fast.  Who could ever believe from the empty glory of 1945 (yes, despite the triumphs, it was empty) we would descend to the rubbish and rats of 1979, to forms of appeasement that would have shamed Chamberlain?
But we recovered.  Margaret Thatcher brought us back from a brink, albeit temporarily perhaps.  Her betrayal in 1990 was one of the shabbiest acts in Conservative Party history, an appalling Ides of March, when the old Heathites and the new Europhiles combined in political assassination.  It’s taken decades to recover from the curse of that year.  The Party laboured mightily and brought forth...brought forth what exactly?  Why, the heir to Blair.
Yes, we probably are more left wing now than we used to be, certainly more left wing than the days of Thatcher, though not as madly left wing as the days of Wilson and Callaghan.  Tony Benn, that old ogre, comes across as politically if not actually clinically insane.
When I said that I had a natural optimism I really meant the natural optimism of youth.  I was twenty-six at the end of June; I have my whole life ahead; I simply have to have my own seasons in the sun, just as my parents did before me. The various abuses and absurdities I write about here don’t depress me.  Rather they make me angry, and my response in anger is sardonic humour, the empty cry of Cassandra.
I have nothing to say about Future English, as you put it, because I simply cannot see any obvious solutions to our manifold problems.  I begin to despise this present Coalition Government as much as I despised the last Labour administration; I despise all shabbiness and moral compromise.
We may have slightly different perspectives over the various issues I’ve touched on but there is no reason at all why we cannot share views and have the kind of stimulating discussions that you are looking for.  I am nothing if not intellectually and politically versatile.
My apologies for wittering on at such inordinate length.
Ana, one of life's poor players.
Tomorrow, and tomorrow, and tomorrow,
Creeps in this petty pace from day to day,
To the last syllable of recorded time;
And all our yesterdays have lighted fools
The way to dusty death. Out, out, brief candle!
Life's but a walking shadow, a poor player
That struts and frets his hour upon the stage
And then is heard no more. It is a tale
Told by an idiot, full of sound and fury
Signifying nothing
Posted by Anastasia F-B at 16:10