Memoirs of a Fox-Hunting Girl 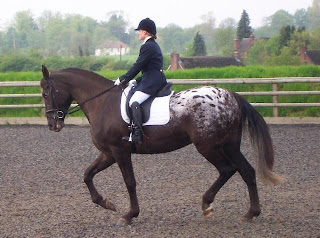 I went on my first hunt in Surrey with my mother and father on Boxing Day-the day after Christmas-in 1998. I was twelve at the time, and by now a very good rider. The whole thing was just so thrilling; the chase, the rituals, the company, the sounds of the horn, and the pursuit of the quarry. Yes, the fox was torn to pieces by the hounds, but it was over in seconds. I do not believe it to be cruel; I have never believed it to be cruel, though some of those who read this may hate me for saying so. Well, if you are a plastic-shoed, artificial fibre-wearing vegan, not a vegetarian, a vegan, only then might you be justified in your displeasure. Otherwise it’s all hypocrisy. For the vegan ascetic I would simply remind you that, cliché or not, nature is indeed red in tooth and claw, and demonstrates a far, far higher tolerance of all forms of cruelty.

So, why the past tense, why do I no longer-ahem-pursue foxes as such? Well, because the practice of hunting with hounds was banned by our Labour Government in 2004, in part an act of class spite, in part the incomprehension so often displayed by city politicians towards country pursuits. It was so sad, because fox-hunting was part of an ancient English tradition, and because yet another of our freedoms was allowed to die.

I still go out with the hunt, though I missed the Boxing Day meet this year because I was in Morocco . Now we pursue an artificial trail. The company is just as good, the riding just as exhilarating, but some of the magic has gone.
Posted by Anastasia F-B at 02:17