The Mirage of Certainty 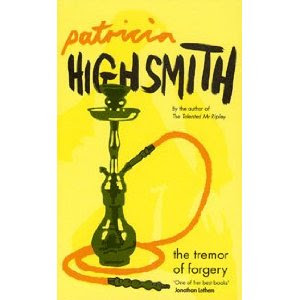 The Tremor of Forgery is the first novel by Patricia Highsmith that I have ever read.  It was this year’s main ‘holiday book’, taken with me to for no better reason than it is set in .  I chose it, in other words, for precisely the same reason that I took Agatha Christie’s Death on the Nile to last year.

Setting out on a review here is beset with uncertainty, a little like going on safari without a guide, a map or a compass.  I simply have no landmarks, no basis for comparison.  I certainly know of Highsmith’s work, her reputation as a writer of thrillers and crime stories, through film adaptations of novels like Strangers on a Train and The Talented Mr Ripley, but as commendable as these may be they are little better than palimpsests.

The Tremor of Forgery is a simple, subtle and altogether deceptive piece of work, a trap for the unwary, for those beguiled by surfaces.  As I read it the impressions crowded in.  I had no Highsmith to compare with Highsmith.  What I had instead was Albert Camus’ The Stranger and Paul Bowles' Let it Come Down, novels that also happen to be set in North Africa, the latter in Morocco and the former in Algeria, Tunisia’s neighbours in the Maghreb.  But there is more than mere geography here.  All of these books deal with displacement, alienation and moral ambiguity; all, if you like, are about Strangers on a Plain!

I simply loved this novel, loved the author’s limpid prose style, loved the way she handled her themes, loved the psychological insight.  This is no mere writer of crime fiction; this is an author on a far higher plain than poor old, dear old Agatha Christie.

Her sense of place and time is perfect.  She seems to understand , though I have no idea if she has ever been there.  She certainly understands the experience of living in an alien culture, the challenges this presents to the moral lumber and sense of certainty that the outsider brings along with the luggage.

The main outsider here, the narrator, is Howard Ingham, an American writer who comes to to work on a screenplay.  His story unravels against the background of the Six Day War between the Arabs and Israelis.  Though this has no direct impact on Ingham, it creates an underlying mood of anti-Western hostility that may or may not have had an impact on Anders Jensen, a Danish artist and homosexual that Ingham befriends.

Incidentally, as a small aside here, Highsmith, in Ingham’s correspondence, preserves the rather quaint antique dating convention whereby the last two numbers of the year are substituted with a dash.  So we have June 8, 19 – Hey, but we already know this is 1967!

The Tremor of Forgery creates a tremulous mood right from the outset.  Ingham is alone in a strange land.  There is no word from home, either from John Castlewood, the film director who is supposed to be joining him in , or from Ina, his girlfriend and possible future wife, in .  Increasingly apprehensive, he decides to work on a new novel, which concerns a morally ambiguous banker.  The ambiguity here is heightened by the fact that Ingham selects The Tremor of Forgery as a working title, only to discard it!

As time passes – still no word from the States despite increasingly desperate pleas – he makes friends with two wholly contrasting fellow expats – Jensen, whom I have already mentioned, and Francis Adams, another American.  Jensen hates the Arabs, though paradoxically he has gone native, living in a seedy Arab neighbourhood in the seaside town of .  More than that, in going native he has taken on the moral ambiguity of his surroundings, where life and death are matters of indifference.

is a contrast in every way.  A rather absurd character, he is a Rock of Gibraltar so far as Western and American standards of morality are concerned.  Pompous and possibly delusional, he broadcasts a weekly talk show to the , a secret he confides to his new friend.  The content is so laughably self-righteous that Ingham accords him the nickname of OWL – Our Way of Life.

Bit by bit Ingham’s own standards are corrupted, a reflection in real life of the action in his evolving novel, the elliptical story within the story.  He grows closer to Jensen, his most important confidante, more important than the distant Ina, who remains distant even when she eventually appears on the scene.

The heart of the mystery is a death, or is not a death – we simply never know.  Ingham absorbs a lot of Jensen’s distrust of the Arabs, one Arab in particular, a notorious thief.  This Arab may, or may not, have attempted to break into Ingham’s hotel bungalow in the dark.  In guarding against the intruder Ingham reaches for the only weapon to hand, his typewriter, which he throws, hitting his target, possibly killing him, or possibly not killing him.  All we know, all Ingham ever knows, is that after a scream, a fall and a scuffle in the dark, there is nobody and no body.  The Arab in question simply disappears, no questions asked.

This is the core of this clever little book, as intense as a medieval morality tale, with modern existential and psychological overtones, made all the more intriguing by an ever present sense of threat.  Ingham tells Jensen. What does it matter?, he responds; nobody cares.  It matters, says .  He suspects that Ingham has had a part in the Arab’s fate, or is failing to tell the whole story.  Drawn between the one pole and the other, Ingham begins to question who and what he is, who and what he has become.

Do not look for resolutions here: there are none.  When Ina appears, briefed by , she puts pressure on Ingham to confess the whole truth, though there is really no whole truth to confess.  She comes draped in conventional religious morality, though there are clear overtones of hypocrisy here, particularly in the relationship she may have had with the movie director, who has since committed suicide, a relationship that is never fully revealed.

I was so impressed by The Tremor of Forgery, not at all what I expected, far more than a simple crime thriller.  I was all the more impressed reading it in situ, aware of the ambiguity of my surroundings, aware that this was a place where certainties may be no more solid than the mirages I saw in the great salt lake of Chott el Jerid.

This is a beautifully unsettling story, that, if properly read, may very well lead you to question what Ingham questions; to question who and what we are.  Unlike Strangers on a Train or The Talented Mr Ripley, this is a book that is unlikely ever to be made into a movie.  It’s far too realistic for that. 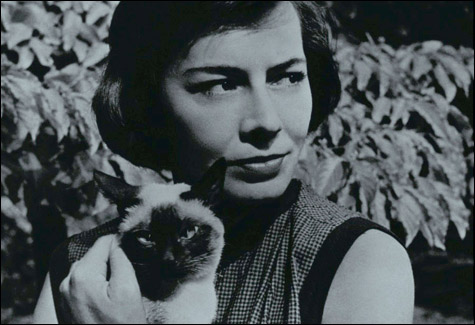