Traveller to an Antique Land 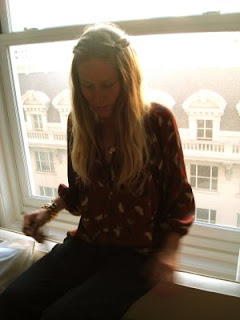 I met a traveller from an antique land
Who said: "Two vast and trunkless legs of stone
Stand in the desert. Near them on the sand,
Half sunk, a shattered visage lies, whose frown
And wrinkled lip and sneer of cold command
Tell that its sculptor well those passions read
Which yet survive, stamped on these lifeless things,
The hand that mocked them and the heart that fed.
And on the pedestal these words appear:
`My name is Ozymandias, King of Kings:
Look on my works, ye mighty, and despair!'
Nothing beside remains. Round the decay
Of that colossal wreck, boundless and bare,
The lone and level sands stretch far away".

Friends, Romans, countrymen, as some of you clearly know, Ana is off on another adventure! I leave for Egypt on Saturday morning and will be away until close to the end of the month; so this is my last post for a bit. I've still got a huge amount to do, the usual last minute panic. Have I got this, have I got that, is my sun screen strong enough, should I take my shorts and risk another Egyptian revolution? My, my, the perils of travel. :-))

This is another important goal for me, planned now for an age. I have it all worked out, the best laid scheme of mouse and woman, which I really hope will not go askew! The political situation in Egypt earlier this year was a bit of a worry (how dare they plan a revolution around my travel plans?), but things seem to have settled down.

So, it’s off to Cairo initially, a few days there, first to say hello to Tutankhamen, thus avoiding the mummy’s curse, as well as having a peek at the Great Pyramid at Giza. Oh, how much I would love to shuffle my way to the top, just like Harriet Pringle in the televised adaptation of Olivia Manning’s Fortunes of War! Will I be allowed? Possibly not, but interdicts and barriers are there to be overcome…in one way or another.

After Cairo we fly south to Aswan, our base for some further explorations: to the temples of Karnak and Luxor; to the great temple of Ramses II at Abu Simbel; to the temple of Horus, the falcon god of the pharaohs, at Edfu; to the Valley of the Kings and the Valley of the Queens; to Thebes, the ancient religious capital of Egypt, and the city of the dead; to here and to there and to everywhere. Can I get there by candle-light? Yes, there and back again, because my heels are nimble and light.


That’s it, then, for another few weeks. Look for me again, when the candle burns low.
Posted by Anastasia F-B at 10:45