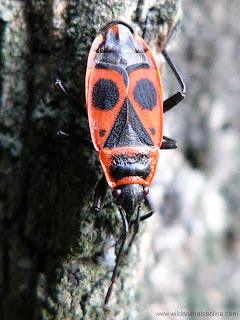 London burns and so do your shabby dreams
behold you future executioners!

This, believe it or not, - and believe it you must - is a recent comment posted on an article I wrote earlier this year, welcoming the advent of David Cameron as Prime Minister (But to be young was very heaven). I dislike censorship and I will publish all reasonable comments, even when I deeply disagree with them, just so long as they are not rants or propaganda, and just so long as they are not naked personal attacks on me or another blogger.

I suppose this ungrammatical contribution comes under the heading of a rant, and therefore my decision not to publish could be justified in such terms. However, there is another reason here. Generally speaking I like to debate with all those who offer comments, where debate is necessary. How on earth is one to enter into any constructive exchange with an individual quite as stupid as this? It goes beyond stupidity, though: his words betray a seething resentment and a deep sense of personal inadequacy, a combination, I suppose, of orc and morlock, a subterranean kind of creature. I’m not going to mention who the blogger is but I have visited the site in question and the ungrammatical ignorance there reaches depths you might find difficult to imagine. No, you may not, because you are probably too well aware that standards of literacy in this country have been in decline for some time past.

But I am grateful to this oik, let me just call him Fire Bug, Bug for short, whom I take to be typical of the ‘students’ who attacked the car of the Prince of Wales and the Duchess of Cornwall recently, shouting ‘Tory Scum’ in the process. When it comes to scum the Bugs of this world have the most intimate kind of knowledge.

My ‘shabby dreams’, the dreams of a future executioner ( a role I might relish!), what are they, I wonder? Oh, yes, a world where low class types like Bug know their place, which in the great scheme of things is doubtless cleaning some public lavatory in Scunthorpe. We could, I suppose, bring back the workhouse, a brilliant Victorian innovation, a real alternative to university for Bug.

His words, posted after the student demonstration against the increase in tuition fees, indicate he was ‘out’ last Thursday, ensuring that London was burning, ensuring that the cenotaph was attacked, that police horses were attacked, a chance for a spot of mindless mayhem. Really, that’s what it’s all about, mindless mayhem, not fees, not higher education, just chaos for the sake of chaos, destruction for the sake of destruction.

One of Bug’s companions that day was a certain Charlie Gilmour, son of the Pink Floyd guitarist and, I’m ashamed to say, a history student at Girton College, Cambridge, who swung on the flag at the Cenotaph. Fees are not an issue for him because his father is rich enough (perhaps Girton’s admissions policy should come under closer scrutiny?) No, it was just an adrenalin rush, trouble for the sake of trouble. He’s since issued a grovelling (all the press reports emphasise that word) apology, saying he did not know what the Cenotaph was. This comes, remember, from a history student at the best university in England (perhaps the content of Girton’s courses should come under closer scrutiny?) Unfortunately he can’t be sent down, as he deserves to be sent down, because his flag swinging act took place outwith the university term. “We don’t need no education”, Gilmour senior and his band sang self-refutingly. Pass the message on to Gilmour junior: you should get no education.

I absolutely support the increase in fees, the only way to ensure that we retain a world-class tertiary education sector in these financially straightened times. The thing is, apart from desecrating the cenotaph and attacking the royal car, most of mob who poured on to the streets of London have not got the first clue what they are protesting about, including Cenotaph Gilmour.

I read a comment in the press from someone who picked up one of the protestors’ leaflets. Apparently it does not even mention the issues at stake, just a lot of wishy-washy nonsense about an attack on ‘working class kids’. It might be best if these ‘working class kids’ turned their thoughts to more realistic ends, rather than clogging up the higher education sector with low class courses in fourth rate ‘universities’.

The issue, if you are at all interested, is really quite simple, though clearly too complex for most of the revolting students. What exactly is it they want? Unfairness, that’s what, a transfer of tax revenues to subsidise them at the cost of the general community. The system we have at the moment is simply unsustainable. The last government with its usual hocus pocus politics expanded the number entering higher education without expanding resources. The gap between what students pay and what their teaching actually costs has grown at an alarming rate. Government can no longer make up the shortfall, so higher fees offer the best way of bridging the chasm. In other words, those who actually benefit from university education should be made to pay for this education – in common with a great many students across the planet – rather than the butcher, the baker and the candlestick maker, or those ‘working class kids’ who have no interest at all in university.

We really have lost our way when higher education is seen as a right, not a privilege best suited to the best qualified, a right for the semi-literate Bugs of this world. I’m going to let Somerset Maugham have the last word here;

I am told that today rather more than 60 per cent of the men who go to university go on a Government grant. This is a new class that has entered upon the scene. It is the white-collar proletariat. They do not go to university to acquire culture but to get a job, and when they have got one, scamp it. They have no manners and are woefully unable to deal with any social predicament. Their idea of a celebration is to go to a public house and drink six beers. They are mean, malicious and envious. They are scum.
Posted by Anastasia F-B at 15:37