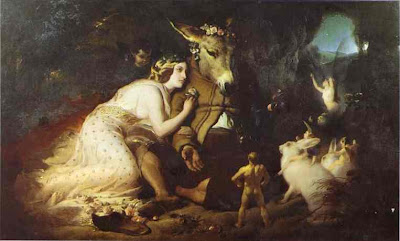 We face a rising tide of stupidity and subversion; for the two invariably flow together. The Times reported on Saturday that anarchist groups - the people who dominated and guided the recent student demonstrations in England - are planning further exhibitions, including one against the royal wedding. It must not be assumed for a moment that these people are any more significant than they were in the past, but the Internet, the medium of instant communication, the arena of flash mobs, has given them a power that they had never hitherto possessed: the power of concentration and rapid mobilisation.

So, there they are: an army of weirdoes, geeks and hackers, people who smash a Macdonald’s window at one moment and attempt to sabotage the web sites of banks and credit card companies at the next. These organisations have become targets because the digital anarchists, the Jacobins of the net, do not like their boycott of Wikileaks. Hardly surprising this: delinquents are bound to support one of the most delinquent enterprises spawned by the net. They are bound to support that Julian Assange fellow, that alleged sexual predator, in his monumental irresponsibility. He is just like them; they are just like him.

I suppose there is a counter-position here. This one-sided betrayal of the process of diplomacy, which, of it’s very nature, has to be conducted in confidence, in the frankness induced by confidence, has hugely increased my admiration for the United States of America and the way it caries out its business. The leaks have shown American diplomats to be statesmanlike and controlled, in contrast with the hysteria of some of those with whom they do business. It's such a disappointment to the Guardian-reading crowd.

Wikileaks is a joke, a pathetic anti-American conspiracy which turned out to be, well, pathetic, a purveyor of gossip and international small-talk. Assange is little better than a schoolboy saboteur, an ass with ass’s ears, for those with the wit to see the man in his Bottom-like form. But his anarchist, conspiracy monger and UFO-spotting admirers are blind, unable, or unwilling, to see that his revelations also carry dangers.

I think, on further reflection, that they may very well welcome these dangers, a chance for a spot of practical sabotage. His site has identified targets across the world considered vital to American security. A number of these are in my country, which means that the terrorist threat is all the greater, the threat to innocent people who happen to work in, for example, centres for the manufacture of smallpox vaccines.

I simply do not comprehend those who offer encouragement to this sort of thing, these kinds of leaks, one-sided and deeply undemocratic, by a secretive web organisation accountable to no one but itself, whose own activities are far from transparent, beyond the posturing of Assange, its laughable and self-promoting front man. It’s all part of the conspiracy that we face from the geeks of the world, who only need the internet to rampage behind Bottom.


My Oberon! what visions I have seen!
Methought I was enamoured of an ass.
Posted by Anastasia F-B at 16:13